Cutting back on power

By zsstevens Thursday, July 16, 2020
I wrote earlier about what the powers held by our Parliament and Government actually are. And concluded that it wasn't clear. That there was no single legal document that could tell you, me or anyone else.

The UK Government now says that 111 new powers are being "conferred" upon us. So what are they? A look at the UK Government's web site didn't help. In particular, a search of the Scotland Office section revealed precisely nothing. 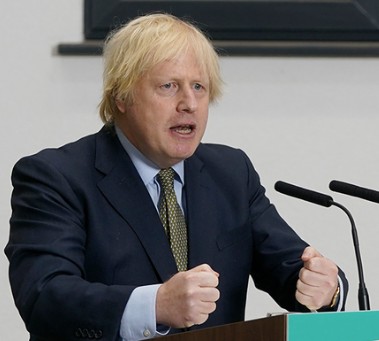 A look at the web site for the Prime Minister revealed the appointment by the Queen of a new Lord-Lieutenant for Argyll and Bute. I am sure the individual will discharge their duties well. But anything for Scotland as a whole or for our legislature? Nothing. Zip. Nada. The picture of the Prime Minister they have chosen perhaps says it all - clenched fists apparently pounding a podium.

The BBC's web site has a story headlined, "Ministers unveil post-Brexit powers for UK nations", but no link to any Government announcement.

Maybe I am just having a "bad hair day", in reality, quite a long run of these will only end when Vicky applies her scissors to my mop on Thursday next week, and am just looking in the wrong places.

But it comes back to what are we are actually empowered to do and denied the power to act on? Let me view the issue through the prism of my Ministerial experience while also remembering that I retired from office when sixty-five, some eight years ago. I am now merely a sulky (no, quite cheerful most days) backbencher who is one of the dozen or so members of Parliament who hold no appointment. I can speak out because there nothing that can be taken away from me.

My first Ministerial post saw me responsible for Transport, Infrastructure and Climate Change. A wide range of responsibilities. I have referred to the 4,990 letters I signed during five years as a minister. I was a "popular" recipient for queries from across Parliament and well beyond.

One power I exercised was to legislate for a redesign of the lollipop pole via The School Crossing Patrol Sign (Scotland) Regulations 2008 (http://www.legislation.gov.uk/ssi/2008/4/made). It was my fourteenth piece of secondary legislation. I signed it on 7th January 2008.

This went through the usual process of consideration by what was then the Subordinate Legislation Committee (now the Delegated Powers and Law Reform Committee) and the Transport, Infrastructure and Climate Change Committee (TICC). It attracted zero attention. The Minutes of the TICC meeting of 29th January 2008 record, "The Committee agreed that it did not wish to make any recommendations in relation to these instruments."

And neither should it have. It merely changed the rules that prescribed the dimensions of the red line which go round the sign's outer edge. Why? The previous width of tape used for producing such signs was no longer being manufactured. Such can be the minutiae of Government. The changed specification now reads: "(b) the perimeter strip shall not be more than 15 millimetres wide."

So that's a power we had.

An issue I had been pursuing for some years in opposition in relation to signage on school buses was one I looked forward to engaging with in Government. My late constituent Ron Beattie's grand-daughter had been permanently injured while in the vicinity of such a bus. He campaigned diligently and intelligently for change. And I had supported him.

Advice from Civil Servants was quite clear. We had no power to legislate about such signage. So we had to pursue the Plan B which so often has to be deployed when you don't have the required powers. A non-legislative solution.

School buses are essentially contracted to our 32 local authorities. There appeared to be nothing in, for example, UK competition law that would prevent councils from writing into contracts with bus and coach companies requirements about their having to have much more prominent labelling than the legal requirement.

It's an approach that, if I recall correctly, my colleague Gillian Martin took in relation to her bill to get seat belts fitted to school buses.

Sometimes we can decline to exercise powers we have in order to support policy objectives. New nuclear power stations require planning permission and an Electricity Act 1989 generation consent order under Section 36 of that law. Advocates of nuclear have twigged that while we have not, and cannot, make laws to prevent such new stations, the chances of Scottish Ministers providing the necessary consents are vanishingly small.

A while ago we had a serious set-to in Parliament where some wanted us to legislate to ban fracking. We simply don't have the power to do that directly. If we got such a Bill through Parliament, and members' sentiment would support there being no fracking Scotland for sure, guess what would happen. It would be challenged in court. We would lose and then be forced to allow it to happen.

Positive inaction can occasionally be the best way to proceed. But it's hardly satisfactory.

On the ability to redesign cross patrol poles and signage on schools buses, I don't think anyone North or South of the border would be able to provide a rational justification for our having one of these powers but not the other.

It's definitely not that someone in Whitehill sat down and tried to make things difficult. It is just a consequence of the ramshackle way laws are made in the UK Parliament against a background of there being no codified constitution.

Another example of how processes down south don't work was in relation to traffic inspectors' powers. You may occasionally see HGVs being pulled over into a layby for an inspection. Things like loading limits, drivers hours and general matters affecting safety are what are being covered.

Historically the inspectors had no powers to require a lorry to leave the highway for an inspection, and therefore the Police had to attend for that.

Everyone recognised this was a bit of a nonsense and the law was changed to give the inspectors "pull over" powers. The Police could now get on with other things. Goodie, goodie.

Except that they forgot to include the words "and in Scotland". So everywhere else in the UK didn't require police attendance but we still did. An honest drafting omission not an act of malice. Could it be fixed? Yes. Easily. A quick piece of secondary legislation could insert the missing words.

Over three years of repeated promises to enact the change - nothing. We even drafted the legislation for them - still nothing. It's not even as if it needed Parliamentary scrutiny - the UK Parliament is singularly casual about secondary laws, unlike here.

I left my post a broken man who could not even achieve this modest change from the UK Government. Well, not broken, but certainly sadder.

This is the future we face if we allow our powers to be sucked into the sullen maw of inaction and delay that typifies how things work down there.

Should our laws be made in a Parliament where it takes twenty minutes to vote?

Or one where it's thirty seconds?