By zsstevens Sunday, August 02, 2020
Sundays are the day for checking that everything is in place for the week ahead. The meetings in the calendar include discussion of our environment. When I was appointed Climate Change Minister in 2007, it moved that topic up my personal interests list. And it has remained there. Yes, COVID-19 is our immediate and very pressing problem. Yes, by reducing our travel it has checked our greenhouse footprint. But we lose that if we up our car mileage post-pandemic.

With Scotrail back to near normal tomorrow, we now, after a considerable period of actively encouraging the opposite, must get us back onto public transport.

All its previous advantages, lower cost, lower stress, lower environmental footprint are still there. Lower cost you say, Stewart? Yes, I do! Let's nail it now.

When I travel by car on Parliamentary business, I am reimbursed at the rate of 45 pence per mile. And the taxman does not charge me for the sums I receive. Because simply getting back what it cost me to travel, and not a penny more than that, is not a taxable benefit.

There is, therefore, a broad agreement that it costs, on average, 45 pence to turn the wheels on my car for each mile I travel. So if I take my car from home to Parliament, I am paid £153.90 for the 342 miles I drive.

I can hear some of you champing at the bit to say that you don't spend 45 pence when you travel in your car. The fuel to take my car a mile is currently about 10 pence. That's at about 50 miles per gallon and a gallon costing about £5.

I run a second-hand Honda Civic. Even the best of cars need replacing. If the value of my car dropped by £1,770 in a year that means my total annual costs are £3,735. Divide that by my mileage, and you get 45 pence per miles. Except that actually, the value of my car will fall by more like £2,500 each year.

I, therefore, am making a loss at 45 pence per mile.

So on economic grounds, it's the train whenever possible.

More to the point is safety and stress. When I use the car, I lose seven hours of my life each week. That's an entire working day if you have a 35 hour week; mine's more like fifty-five or more.

Remember that travelling by train means I can work. On the computer, reading paperwork, writing. Or just relaxing at least some of the time.

I am not trying to do down the bus. They get places the train can't reach and will never get to. And for an over-sixty like me, it is cost-free. Unless I splurge on the booking fee for some long distance coaches. Last time I looked that's mostly around a £1.

The bus is a bit less of an option for me as I find I can't read or write on board. But I have one older staff member who uses the bus to travel to Edinburgh when I need him down there. Nearly a zero claim from him. Excellent.

I have always looked at value for money in my travelling choices. Years ago, when easyJet opened their first air route - Edinburgh-Luton - I pretty quickly transferred my allegiance away from high-cost carriers. The Bank's contracted travel agent was very grumpy about it. But in cutting my costs to a quarter of what they had previously been, I grew a thick skin and turned a deaf ear to their complaints.

As a Minister, I had to travel to a UN Climate Change Conference in Poznan, Poland. The Government's contracted travel agents wanted £600 return to get me there. I suggested that sounded a bit steep and found a flight, with Wizz Air, that took us from Prestwick to Poland for £20. The plane was brand new, albeit we landed at Poznan at 0300 hours. My Private Secretary may, after a decade, have started to think about forgiving my parsimoniousness.

She was better pleased when we travelled for two-thirds the proposed British Airways fare from Edinburgh to Beijing by using KLM. And managed to sneak into the best seats on their aircraft.

So welcome back Scotrail. I'll be there and be wearing my facemask.

Join the club. They have. 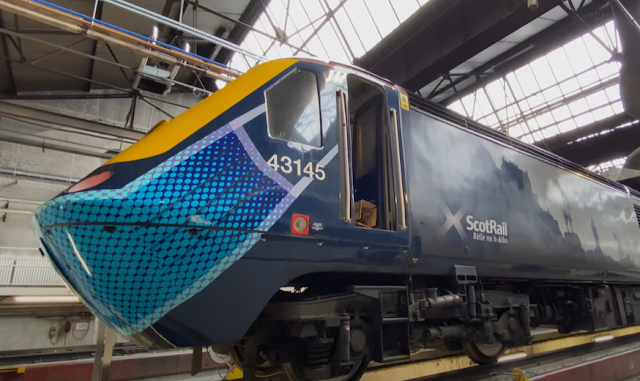