The Usual is now Unusual

By zsstevens Monday, March 23, 2020
Today is Monday, and last Monday was the last day of what passes for me as a politician as normal life.

How much has changed in a week.

Now it is sensible, and community duty, that I distance from others so that I stay well and leave our health service free to support others with greater needs.

I was in Peterhead Academy meeting a modern studies class for a lively, even robust, set of exchanges with students. And it was the usual great fun.

School visits are a highlight of this politician's life. Engaging with a younger generation's energy and enthusiasm. Not at all the "hodden doon" group I was part of at their age.

I don't think it simply happened because of the "Curriculum for Excellence" coming to our schools. It is as well to remember that this initiative was supported right across political parties. Criticism and debate, stilled for the moment by the priority given to dealing with the virus, has been about the implementation, not the idea.

A shared cup of tea with the "headie", evoked both reminiscence and a forward look.

I was interested to hear how both the school and the local authority were dealing with the problem of a minority of pupils whose attendance is well below the requirement. And it's a problem right across all income groups.

It's a paradoxical problem that we have a lower than usual proportion of our population with a qualification acquired after school. That seems to be because it has been comparatively easy to get a job at 16, 17 or 18 in the North East. Without the need to gain further formal qualifications.

Our very success as a community brings another issue.

There was a look of astonishment in the modern studies class when I said that I ended up studying mathematics because it involved little work.

Think about it; no essays to write, no laboratory work and only rare visits to the library.

At University, that was Mr Morrison. Being without a doctorate, he was never going to be a Professor. But his teaching got me a 97% mark in my first exam.

The seeds had been sown much earlier at school. 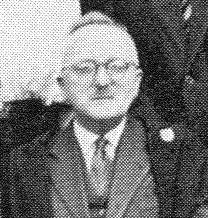 Our school, probably the largest in Scotland, had as its head of mathematics and deputy rector, a bluff Lancastrian, "Doc" Inglis.

In the first year, he took us around the school, searching for infinity. We looked in the dustbins, opened cupboards and took down the blackboards. It was an era before computers.

Today I know there are five kinds of infinity - place, distance, area, volume and time - but then, finding one would have done.

In the sixth year, "Doc" brought in his tax return and did the "workings" with us. Was it to show us how little he earned from looking after us? Or was it to show us that there was a value in being numerate?

"Doc" had suffered disappointment in his life. We all do, and it's a measure of character how we deal with that.

He had applied to become headmaster, "Rector" at our school, and failed to get the job.  A bitter blow after having been acting Rector for a year.

We loved him for coming in each year on the anniversary of Dr Dunlop being appointed to the post, wearing a black tie.

I hope there is still room for such engaging eccentricity in modern education.

My fellow alumni and I still remember "Doc" with fondness more than 50 years after his death. Good teachers are genuinely immortal.

My final engagement at the Academy was with some of the most enthusiastic students, who study in the Hub. Their needs are a bit greater than others, but the welcome for a visitor is all the warmer because of it.

For me, they were almost the last of normal life for a while.

At home, our adaptations continue.

Our country postie, like all his companions, has always adapted the head office rules a wee bit for each of the houses and businesses he visits.

He has always popped packets through the open front window and picked up any stamped letters laid out for posting.

Now, like other delivery drivers, he signs on our behalf for packets and letters to avoid engaging closely with us.

We have an outside table for bigger deliveries.

For our part, we now have a clipboard that hangs over the gate with our outbound letters waiting for collection. That helps maintain the social distancing that we all need if our health and social care services are not to be overwhelmed. And the letters will be treasured by their recipient much longer than a transient email or text message.

The planned risotto is for later in the week. I have just realised that I still lack one vital ingredient. Grrrr.