Life Behind the Gate

By zsstevens Tuesday, March 24, 2020
For the first time in many years, the gate into our house is shut.

Not to keep us in but to keep others out. I will shortly be going out to put a table in place for delivery drivers to leave parcels. And attaching a few helpful instructions on the other side of the gate. 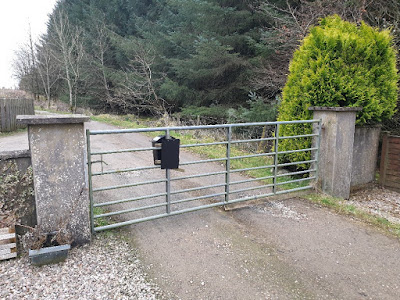 Last night's statement from Nicola and the legislation that is coming shortly from Westminster and Holyrood will create a framework designed to protect us all.

Our role as more vulnerable oldsters, whose bodily systems are gently declining as we age, is to protect ourselves from becoming a burden on our health service, our social services.

People with serious conditions, whose immune systems are relatively ineffective for whatever reason, sick babies, need to able to get to the front of the queue without people like us who can take action to avoid, or at least postpone catching the bug, getting in the way.

Reports coming to me from elsewhere suggest that there is still a minority who may need something a little bit more than encouragement - enforcement.

When my god-daughter and her mum were out walking in Leith, such exercise as a family two-some is still OK - even encouraged, they passed a couple of locked pubs from which the sounds of raucous laughter and debate was still escaping.

And too many people were failing the six steps test of separation as they walked themselves and their dogs in the parks.

Speaking of which let me quote, with minor editing, from my pal, like me 70 plus. Laurence's travel experience is as he makes his way home to Edinburgh from his annual winter sojourn in New Zealand. He got the last possible flight from Auckland. And incidentally, he managed to cadge an upgrade to business class. He "enjoyed" what he describes as the flight of the six breakfasts. Just as well as he returns to a house empty of food .. but maybe not of wine. 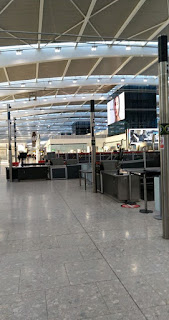 "LHR [London Heathrow] at 6.30 on Tuesday morning!! Incredible!! UK in lockdown but, unlike OZ where border staff [...] boarded the plane and handed out a self isolation and information leaflet, here... nothing, zilch, nada, zero!!! Is this serious or not [...]!! And people still queuing up your [rear-end] at check-in & security!! I had to tell one couple to back off..they looked miffed.. tough!! The worst offenders are young travellers & anyone wearing a mask...for as we in all know...they're [...] bullet proof !! Irresponsible, antisocial [...]!!. Rant over."

One aspect of the Government's advice slightly surprises me. We are not to go to the shops more than once a day.

For country dwellers like us who live 5 miles from the nearest, quite small shop; 8 miles from a modest supermarket; 15 miles from a "full-range" supermarket; it would be an unimaginable luxury to go to the shops every day. It's a very city dweller thing I guess and illustrates anew, the differences between us and the townies.

We expect our life to be disrupted from time to time by external events, weather, occasional delivery failures, infrastructure failures. And plan accordingly.

And at no time of year do we plan more thoroughly than for winter.

The oil tank has just been filled; our trigger is when it falls to one third left. That's probably us until autumn for heating and hot water.

The tins cupboard is not quite full, but there's enough soup for a fortnight. And a few tinned ready meals for a while. Tins are one of the great 19th century inventions. Whatever the use-by date on the outside might say, the odds are that they be safe and palatable much longer. A tin of corn-beef found in the Antarctic was 100 years old and still edible.

But still as well to sniff and inspect older tins before eating.

The freezers ain't full but are well stocked. Still brambles (from the hedgerows), blackcurrants and apples (from the garden) fit to be eaten after 8 months.

And bread. Something that never needs to be thrown out. It needs toasting, unfreezing alone leaves it rather soggy, but retains all the good fibre and minerals of the fresh original.

We discussed making bread but quickly concluded that we neither had the right flour nor the required yeast. We don't plan to go to the shops this week. May look for the makings next week.

Have we matches to light the gas ring for cooking if the electricity fails? Yup. And candles? Yup. Standard standbys for winter contingencies.

Not necessarily. Sandra and I have portable computers with good battery lives. We are keeping them plugged in so we have maximum time left.

We've kept a traditional plug-in phone - covered. We have no mobile phone signal at home so that's not a viable fallback.

And I have had a small battery-powered uninterruptible power supply for my desktop computer for many years. It works and allows what my old boss called graceful degradation in the event of power outage. I can save work in progress.

If necessary, I can use it only to power the broadband hub. It has enough oomph to last over a day in that role.

We've twigged that our strategy should also include stretching our domestic resources a little further than usual. And we've decided to eat less at each meal. That means a single slice of bread for my lunchtime sandwich. And lo, that might mean a fitter, leaner person emerges after this is all done. Provided I also take that walk every day. It's in the diary. It's in the diary.

So we might be behind our shut gate. But fortress Stevenson is ready.

PS The broadband is just back online. That's why this is late this morning. One external contingency that I don't have an immediate fallback for.