By zsstevens Friday, April 24, 2020
Thursday was another interesting day. And a varied one. The planned online meetings worked out as planned. The boffins - am I very old-fashioned to use that word? - in the Parliament, clearly worry a bit about us Parliamentarians' ability to adapt to the world of online meetings.

The experience in Wales this week perhaps confirms their concerns. It's always been the case that a key rule for politicians is - assume all microphones are live at all times. But when you can't see the microphone or forget you are "mic'd up", danger beckons.

Gordon Brown, over a decade ago, got into his car and forgot he was still wearing a broadcaster's radio mic on his lapel. His words of exasperation about someone he had just met were captured and subsequently transmitted.

I have been using a Chromebook as my "device du jour" for my broadcasting. Don't worry too much about the techie language - inevitably as a software engineer I acquire computers like a stray dog is said to acquire fleas - I have Windows computers, Linux systems, an Andriod phone and the aforementioned Chromebook. Only the late Steve Jobs' Apple equipment has failed, as yet, to get onto my desk.

The Chromebook has one advantage that endears it to me, and to my spouse who has her own one, it takes only four seconds from a cold start to being powered up and ready to go.

But, and this is the point d'appliqué, I cannot see where the microphone actually is. And so it is easy to forget there is one. Indeed in my case, I use wireless earbuds, from an innovative firm in Glasgow called RHA, which I think, and I really must go and check, actually contains the microphone I am using. Might not be my Chromebook's mic at all. Either way, the mic is all but invisible. The days of measuring the correct hand-span distance from the microphone in a BBC remote studio for Good Morning Scotland are gone.

The bottom line is, we must tak tent of the experience of a Welsh Government Minister whose sweary words, naughty, naughty words, about a colleague were broadcast live during an online session this week.

It used to be the case that phone-in radio programs had a delay in transmission - I think of about four seconds - so that the director could mute the words of any caller using fruity, or legally problematic, language. Broadcasters have to manage real life.

Historically there used to be a "cough switch" on the mic of the radio newsreaders. If they felt a cough or sneeze coming on, they could press a button to mute their microphone and avoid listeners hearing it.

One well known Scottish news broadcaster, he started with the BBC in either the 1940s or 50s so you need to be my age to remember him, was Bill Jack. When he passed away in 1998, the Herald wrote of him that;

"He was, in fact, the prototype of the immaculate announcer that older listeners have come to associate with the once-staid British Broadcasting Corporation. Every vowel, every consonant, counted, and there was never once even a tinge of slovenliness in his cool, calm, and confident delivery."

But he was not without a sense of mischief, he was a Doric speaker after all, and would use the "cough switch" to make scurrilous, unbroadcast, remarks to the rest of the studio about contributors. That is what they call us politicians who are being interviewed.

Ay day as a jape, the engineers disabled the "cough switch". Bill's remarks were broadcast. Even the best of us are at risk. Bill became more circumspect. 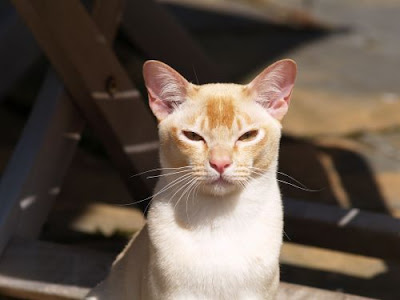 But now that the camera too is in the home, we are playing double or quits with broadcast risks. Even as I type here at 0650 our senior cat Donald Ruiriadh has joined me at the keyboard to profer advice as to the contents of today's diary. And live broadcasts across the globe are littered with examples of animals and children joining in.

During a broadcast rehearsal this week, and during our political group meeting, attempts were made to elevate the average IQ as junior members of Parliamentarians' families joined the fun - you know who you are. So far, so good in the live environment. But senior cat here can leap up, and hang on the door handle to open it. I have to remember not just to shut the doors to my study, but also to move a box behind the door to deny him entry.

There is another piece of vital equipment we politicians require during this period of social isolation. As indeed do the general population. The people my spouse reminds me are far more important than MSPs. The MOPs - Members of Public. They are the people who employ us and pay our wages. That vital kit? Bathroom scales.

A period at home brings with it the temptation of snacking between meals; the danger of reduced exercise. And because confinement at home can lack the triggers and discipline of the office, irregular times of going to bed and rising in the morning.

All of which can mean weight gain. At least one colleague has fessed up to an increased circumference. Some others are allocating time to enhanced fitness activity.

But ultimately what you can't measure, you can't manage. My daily weigh-in is a vital part of keeping an eye on my physical health. As a reformed asthmatic, I also have a wee device to measure lung capacity and see a welcome increase there. Yesterday my walk was augmented by light jogging. Bathroom scales are something every home should have.

We shall be broadcasting live from the Stevenson gulag twice today. The Parliament's new COVID-19 Committee meets at 1000, and as the oldest member, I shall briefly be in charge until handing over to Murdo Fraser whom we expect to agree will be our Convenor.

And in the afternoon it will be question time for Environmental and Rural matters.

Donald's not invited. And I am going to remember during my 150 minutes of live broadcasting from home today, that all mics are live, all the time.

Oh, and one is always on camera too, all the time.