The Excitement of Travel?

By zsstevens Friday, April 10, 2020
I have yet to persuade my spouse to join me on my daily walk. But when I am out, I think she's often on the rowing machine. So one way or another we are keeping physically fit. Yesterday reflected a brisker walking pace on my part.

The workload has also increased substantially. The 12 to 14 hours a week I previously spent on trains is, alas, not all available to me as "free time". The walking takes about 70 to 80 minutes. But online meetings are filling the gaps left by my not being in Parliament for committees or debates. There is still a constant stream of emails demanding my attention.

And my staff are having to work harder than ever as I am available more of the time to be in touch about the increased load of casework.

Thus far, mental health appears fine. But isolation is just that. And depending on just one other person for stimulation of one's thinking is unlikely to be enough. One relatively regular delivery to the house has been of books because that's one way to access another's thoughts, to deliver a fresh source of a mental tickle.

My library of Bill Bryson books has grown over the years, but I discovered one that I had missed, ordered it. From a bookshop, not from Amazon. And I have now devoured "Neither Here nor There" from cover to cover in very short order.

Ironically it was a travel-focused book. For our part, we have spent plenty of our previous lives travelling to relatively unvisited parts of the world. While the bug that's constraining all our lives just now is likely to have a long term effect on people's holiday travel, for us maybe less so.

One thing that has not improved over the years is flying as a means of travel. Yes, our first visit to the Far East meant getting on a plane from London that stopped at Paris, Frankfurt, Athens, Dubai, Karachi, Bangkok before finally dumping its exhausted self-loading cargo - that's us - at Singapore. Now that journey is non-stop. One can sleep en route. An improvement.

But Singapore ain't what it used to be. In the 1970s, there was lots of the old town. Anarchic, noisy, smelly and endlessly fascinating. Today Raffles Hotel, we've never had the money to stay there but have peered over the fence at those who had, has been refurbished into one of the world's great boutique hotels. But in the process, removed much of the eccentricity and minor flaws that created a thousand travel tales for those who stayed there.

Elsewhere, the Orchard Road car park shut promptly at 1800 hours and was transformed into an outdoor diner. Lots of basic wooden tables and around them, food stalls mostly specialising in one, two or three dishes. Owners dashing around their potential customers urging their culinary wares upon them. And when you ordered food or drink, a chalked bill written on your table. I never worked out how the chaos of the various hands who wrote there transformed itself into order at the end of your meal. And translated into cash in the tills of the many businesses who had delivered a memorable evening of eating and drinking.

But over the years, the old town has been torn down. The diner has gone. Only a wee bit of the original Bugis Street survives. But it is merely a sterile, visual reminder of the original.

This destination may have been sanitised. But there are still many smelly, interesting nooks and crannies around the world that might attract us.

However, airports are now the most significant barrier to our considering any long-distance travel.

Our first ever flight, Loganair LN2501 from Aberdeen to Stavanger, departing 1435 hours, Monday, 4th August 1969 was very different in so many ways from today. You can visit the Museum of Flight at East Fortune where the Beech-18, registration G-ASUG, which flew us, is pensioned off. And press the button on the interpretive display, and you will hear Sandra and I's account of that flight. 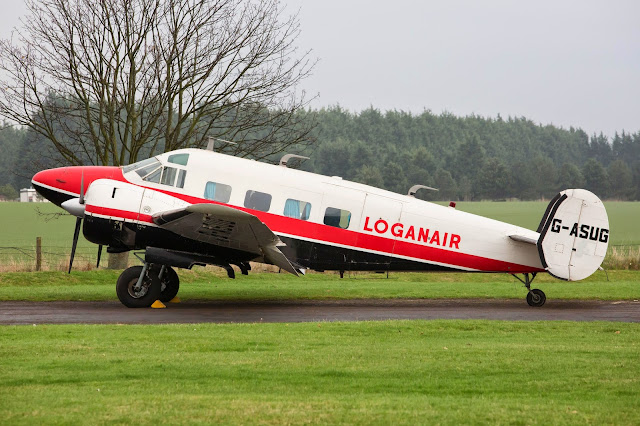 We trotted out to Dyce and located our check-in desk, operated by Channel Airways, in a World War 2 Nissen hut. Our bags and we were weighted. A gentleman covered in gold braid, he seemed even younger than us, invited us to follow him as he pushed the trolley with our cases on it out and round the corner to our aircraft. The other passenger came with us.

Total time from arrival at the airport to engine start, about 20 minutes. And hassle-free.

Now, arriving less than two hours before a long haul flight is arriving late. The noise, the processes, the cramped seat into which one will eventually be strapped; every one designed to create stress and promote anxiety.

Most travel, and certainly flying, no longer has the appeal for us that it once did.

It says quite a lot about social isolation that we strapped into our car yesterday with a sense of excitement and anticipation. Pensioners' shopping hour at the supermarket beckoned. For herself, first time beyond our gate in nine days.

And they were well organised. A smiling, but authoritative in a schoolmarmish way, lady at the door when they opened on time at 0830. A well-disciplined queue, all were standing 2 metres apart with their trolleys, patiently waiting for their turn to enter that cornucopia of delights, the food aisles of the shop.

But disappointment for one. Turned away, ever so politely, for being too young.

Well-trained staff inside as well. Carefully keeping a distance from customers, leaving each aisle for one person. And no obvious gaps on the shelves. Some things in shorter supply, yes; less store-baked bread almost certainly reflecting reduced demand.

At home, John Stewart's the Banff Butcher and Downies the fish people of Whitehills, complement the groceries bought yesterday. And they have changed their business model to deliver to our door. Well, actually the table at our gate.

Who needs a flight to a distant destination when a visit to the shop for food can provide such excitement?